This is the best reason why you should use a wire dish rack.

After cleaning dishes and knives, many people will habitually tie them together and put them in the cabinet. However, some people say that this kind of seemingly clean and good habit may bring secondary pollution to the tableware. Is it true or not? Today, we will do a verification test. And this achievement may really overturn your old habits for many years.

The tester divided the dishes into two groups, placed them in an autoclave, autoclaved at 121 °C for 20 minutes, then changed the sterile broth culture base on the dishes, rinsed the dishes with running water, and washed the dishes. For the two groups, one group was placed on a dish rack and dried and placed in a cupboard. A group was picked up and placed directly into the cupboard. The total number of colonies was measured after three days. After three days of natural placement, the tester extracted the microorganisms from the two groups of dishes and cultured them at a constant temperature for 24 hours to detect the total number of colonies. The test results showed that the number of dish colonies picked up was significantly higher than the dishes placed on the dish rack. 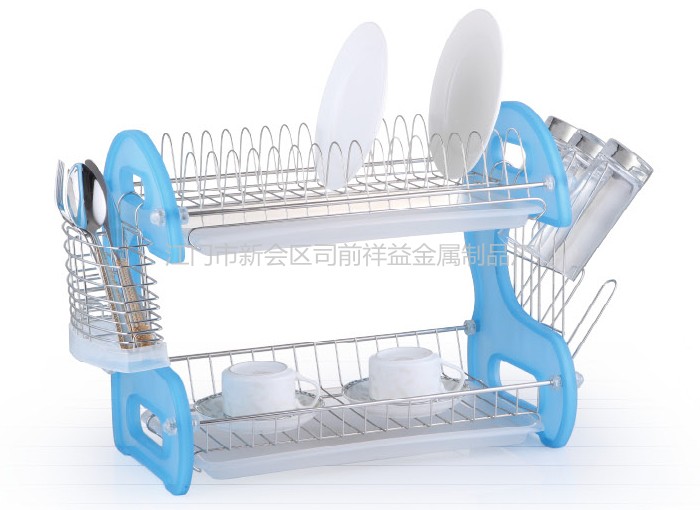 Laboratory tester analysis: The main reason for this may be because the dishes are placed on the bottom, which is not conducive to the flow of air, and the humidity is also conducive to the growth of microorganisms, so the total number of colonies is higher than the dishes placed on the stand. Professionals suggest that the correct cleaning process for tableware should be that after washing with detergent, the dishes are rinsed clean with flowing water, then drained on a hollow stainless steel dish rack, and after 20 to 30 minutes without water droplets, Into the cabinet.

Navigation Tel About us Product